Used for decades, counter-insurgency aircraft have proved their worth, for example, during the Vietnam War by the USA, then during the Gulf War and finally against DAECH. The qualities of this type of aircraft are its great manoeuvrability, its range, and its ability to carry weapons.

After more than 50 years since its first flight, the US has embarked on a new concept with the OAX programme, which will replace the A-10 for close air support missions.

Characteristics of the counter-insurgency aircraft:

This new concept will be equipped with two engines, has an operational range of more than 2250km and has superior endurance if hit by fire.

In addition, this new aircraft (the OV-10 Bronco) is ultra-operational and can take off from a runway of less than 220m and fly at an altitude of 60m, carrying around 2,175kg of weaponry.

This type of aircraft was originally intended for observation missions and to ‘live’ with the troops on the ground. It was not until several years later that the US expressed the need for a ‘counter-guerrilla’ aircraft. An aircraft that could move in difficult weather conditions and that did not require expensive maintenance.

Easy to fly, this aircraft also has a canopy in the cockpit that provides an almost panoramic view of the ground.

An aircraft that meets the needs of today’s wars:

Canada has also taken a stand on this subject by creating their own counter-insurgency aircraft with the TAV. It is indeed with the Canadian company Icarus Aerospace, which has just unveiled its TAV (Tactical Air Vehicle) WASP which looks surprisingly like its colleague (the OV-10 Bronco). A tactical aircraft that can offer 90% of the missions of a fighter for only 15% of its purchase and employment costs. In the long term, this represents a great saving for the army and more affordable air power that is better able to carry out the combat missions of today’s wars.

It is an ultra-versatile aircraft that can be configured to meet any requirement. The WASP TAV will have a maximum take-off weight of 9500 kg and a wingspan of 15.5 metres and a length of 15.85 metres.

The Canadian aircraft will be powered by two 1700 hp turboprop engines, with a top speed of 666km/h. No date has been given for the test flights of these aircraft. The Canadian company is betting that these new types of aircraft will be the main fighter aircraft for future fleets in Southeast Asia and Africa.

Contact us to learn more and your business development plans.

The French Defence Sector, A Market That Does Not Suffer From The Crisis
Even after the health crisis that hit the world hard, the defence sector does not seem to be among the collateral damage. Indeed, this sector is in very good health and is even evolving in a positive way with prospects for the future. The French defence sector is among the actors of this development with
04
juin
Defense

Composite materials: disruptive innovations to green the aeronautical and maritime sectors.
The international aviation and maritime transport sectors are the fastest growing source of CO2 emissions. Together they account for almost 7% of total EU GHG emissions. It is only recently that these two sectors have taken initiatives to reduce their greenhouse gas emissions, both at the European and global levels. Lightweight, strong and durable, composites
21
mai
Defense

FCAS Program: Challenges and new player enters the stage
The SCAF represents an essential political and industrial element of future European aeronautical capacity in defense. This explains the global scale of the issue, which is essential to the European Union’s position on the international market. Challenges around the SCAF: Important technologies that will be used to manufacture the New Generation Fighter are at stake.
12
mai
Defense

The Rafale: Made in France between modernization and competition
Named an “omni-role” fighter by its manufacturer, Dassault Aviation, the Rafale has come a long way since it entered service in 2002. A benchmark fighter at the cutting edge of technology, the Rafale is far from the end of its lifetime. The fighter has undeniable qualities. It can carry out several types of missions in
31
mars
Defense

The helicopter market, a segment that does not experience the crisis.
Although the aerospace sector has been heavily impacted during the current health crisis, the helicopter market does not seem to be experiencing a sharp drop in demand. In fact, the size of the global helicopter market is expected to grow by nearly $15.6 billion in five years to 2025. This increase is mainly due to
30
mars
Defense

Digital transformation of cutting-edge industries
Big Data, IoT, Artificial Intelligence, Augmented Reality, so many innovative and disruptive technologies that transform the organization of the industrial sector and establish it in the visionary concept of Industry 4.0. With the advent of the smart factory, digitalization is taking place at every level of the industrialization chain.  What technologies have been implemented ?
24
mars
Defense

Automation in cutting-edge industries: Europe position itself as a leader
With the increasing digitization of industry, robotics and automation will become key technologies for the smart factories of the future that will entrust their production to digital. The design of the first fully automatic loom marked the birth of automation applied to industry. It will be generalized to all industrial activities in the first half
04
mars
Defense

The European defense sector, a booming market for greater autonomy
When we know the current geopolitical context of the world, Europe must build a European armed force that is stronger and more united than before. Therefore, the European Commission has decided to invest approximately 205 million euros for future European defense funds. Initially launched in 2017, this investment will concern 16 industrial defense projects, mostly
02
mars
Defense

Digital transformation in Europe
The current health crisis has shown more than ever the need for a digital transformation of our industries in Europe. We can see the results of companies that have opted for a significant digitalization of their activity and the effects are positive. They are showing higher labor productivity, faster growth, more innovative management practices and
08
février
Defense

CYBERSECURITY, SPEARHEADING MARITIME INNOVATION
Faced with the digitalization as well as the automation of the navy in Europe, this sector is increasingly facing significant risks of cyber-attacks that could compromise various data and directly impact the proper functioning of maritime infrastructures (ports, ships, oil platforms, beacons, etc…).  In this issue, we will focus on the European maritime cybersecurity market
02
février
Defense 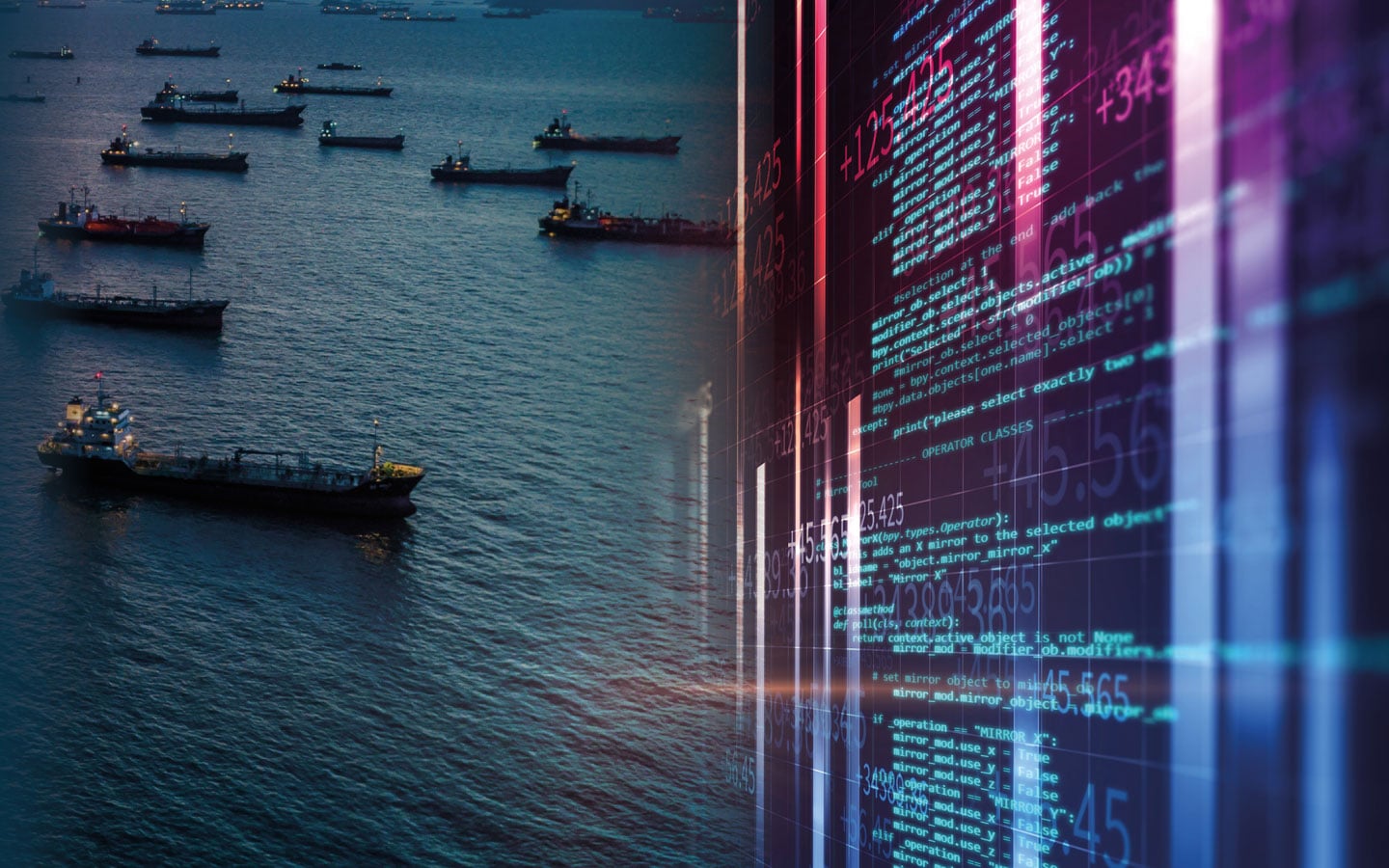 SMM DIGITAL HAMBURG : The challenge of maritime cybersecurity in the era of digital transition
Every 2 years the SMM Hamburg meeting takes place. Its next edition is from the 2nd to the 5 February. An international maritime, security and defense exhibition, but digital this time, given the health circumstances. Participants and exhibitors will be able to discuss the different themes concerning the maritime sector, and the growing challenges regarding
20
janvier
Defense

Why cybersecurity has become a major defense issue
The optimization of security remains an essential point, and those who can use new technologies and digital solutions will have the advantage. Cybersecurity is a critical risk area, as the operation of ships relies heavily on the effectiveness of software systems for operations. Adaptability : First, given the high-tech and evolving nature of cyber threats,
14
janvier
Defense

Airbus: Numbers show how the European Constructor try to manage the crisis
Despite a very special year, in 2020 the Airbus production has continued to grow. This was due in particular to new projects and successful contract. At the beginning of 2021, Airbus is multiplying orders. Despite the pandemic, the European company has managed to avoid being drastically impacted by the Covid-19 crisis, particularly in comparison with
07
janvier
Defense

Defense: a market that is not experiencing a crisis, Good start in 2021
Defense, despite the public health crisis, is a sector that continues to bring new innovations and a source of regular investment. New agreements are worked on every day to accelerate the development of new programs. New projects are emerging and the market continues to grow. The SU-57 on land at the end of 2024 : Introduced
04
décembre
Defense

System maintenance, a key for French Defense to shine internationally
System maintenance is a set of tasks focusing at ensuring that the equipment is available and that the capacities necessary for its proper functioning are available (supply, storage and distribution of spare parts) In the systems maintenance of the French military equipment, the 3 sectors combined have big influence on an international scale. States must
25
novembre
Defense

News MCO in France : Sabena Technics acquires Aeromecanics :& AeroTech pro
Within 2 weeks, Aeromecanics was also added to AeroTech Pro; both entities are now under the control of SABENA Technics. By consolidating its MRO chain, Aeromecanics could secure Sabena Technics’ position in the military sector, and acquiring or integrating skills in maintenance of military helicopters and aircraft. Actually, the main goal is to ensure MRO
19
novembre
Defense

What is the entire industrial supply chain’s reaction to the crisis?
Facing a global pandemic, manufacturers have to review their strategies and show creativity in order to continue to survive in their sector. Innovation and diversification are at the heart of the debate at a time when an energy transition is in place. ince the beginning, with the crisis, we have seen many changes in the
12
novembre
Defense

Clients invest in business development
Build a Sales plan, identify targets, find new business opportunities, have a reliable market feedback.. Around our expertise we support our customer on a day to day basis in :
01
juin
Defense

Clients trust in Surfeo Services
Build a Sales plan, identify targets, find new business opportunities, have a reliable market feedback. Around our expertise we support our customers during the crisis
01
juin
Defense

Business development after an outbreak
Managing your company during a crisis can be a hard thing to do. Throughout this pandemic the safety and wellbeing of your employees is a first priority. Once this is done, you need to find ways to develop your business after a crisis that caused so much damage economically.
01
avril
Defense

Nir-Or Ltd the specialist in Airborne Avionic System Component partners with Surfeo
Nir-Or Ltd hired Surfeo as a sales field development team to set their brand into Europe. Aim of the mission for Surfeo is to get market feedback/intelligence and raise business opportunities within the territory.
01
avril
Defense 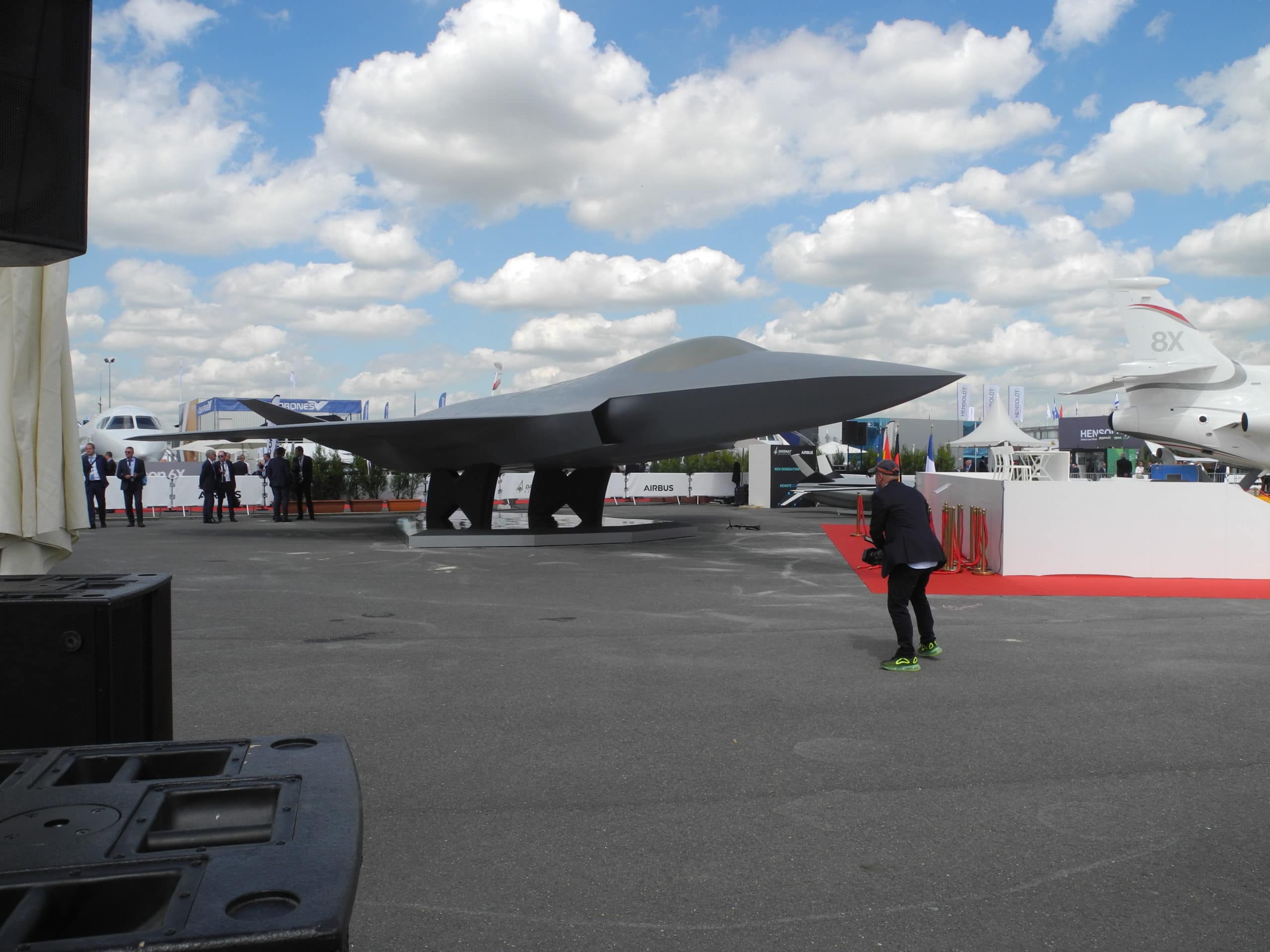 Sweden is about to join the British Tempest
On Friday June the 5th, the Telegraph has reported that Sweden will join the British Air Program, Tempest, with the company SAAB.
Request for personal data
Privacy Policy
Learn more about cookies